Notepad++ is a popular software and text editor that is free to use with Microsoft Windows. First released in 2003, this useful application supports more than 140 plugins and is available in 84 languages. It is a preferred tool used by office staff, computer specialists, and other professionals around the world

Notepad++ comes with multiple handy features such as zoom out and zoom in, multi-view, multi-document, auto completion, and document map. Code folding is another useful feature that helps manage large texts by displaying or hiding file sections. Syntax highlighting is also a great feature that displays code and highlights elements of programming languages and databases such as Blitz Basic, Shell script, Visual Basic, Cobol, and Ada. Auto-completion is another handy feature that allows for word completion after typing the first characters.

Notepad++ also features a built-in Plugins Admin to remove and update installed plugins and install new plugins. The software supports plugins such as Change Markers, Auto Save2, Color Picker, Code Alignment, Customize Toolbar, and many others. Customize Toolbar, for example, allows users to customize buttons with the help of a configuration file. CSS-eXplorer is a plugin that can be used to add parameters, check for errors, and navigate in CSS files. Function List enables users to access sections and functions and can be used for languages such as Objective C, Perl, Python, Java, and Resource File. Other useful plugins for Notepad++ are Simple Script, Select N Launch, and Tab Indent Space Align.

This feature allows users to access functions for different programming languages. It features a panel and a search engine and can be used for different languages, including XML, PHP, Perl, Java, and DOS Batch. 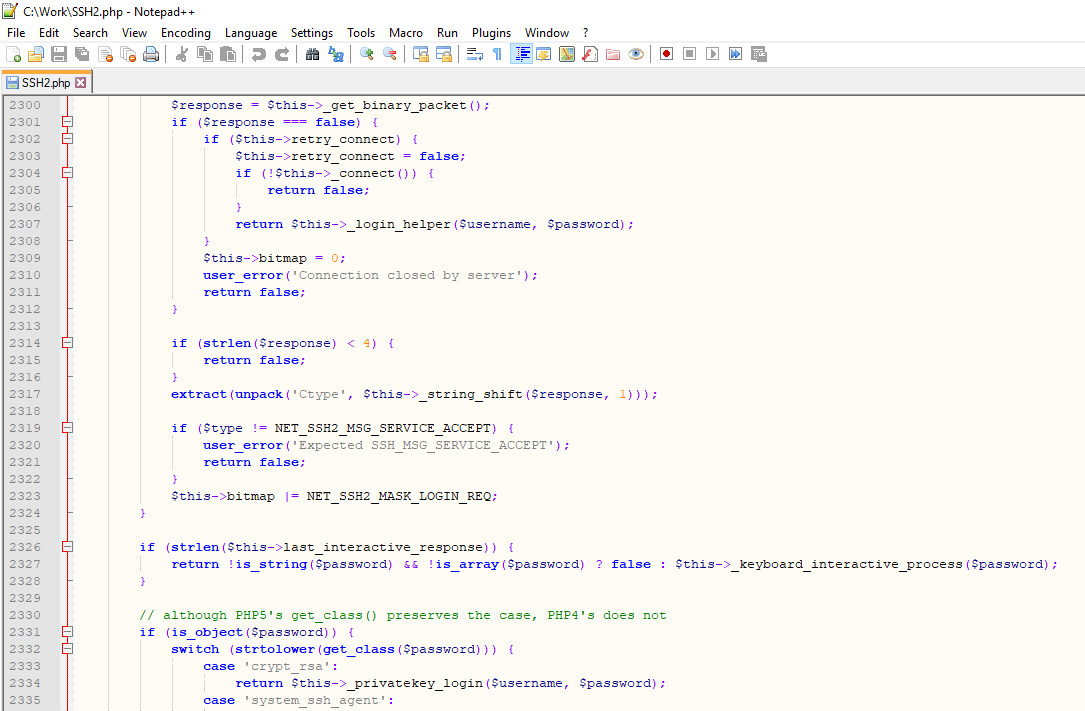 One of the main benefits is that the software allows users to automate processes by repeating tasks automatically. There is an option to record a task, save a macro, and play it whenever needed. Another benefit is the fact that users can edit texts quickly and efficiently by finding and replacing texts and words in multiple files. The Find All in All Opened Documents feature helps to locate and replace words, and the result is displayed at the bottom of the window.

If you miss some functionalities of Notepad++ search, you can combine it with applications that are specifically designed to search for text in multiple files like SeekFast, helping to find specific words, strings of words, and texts. SeekFast can search through and find specific texts and words in different file types, including XML, html, txt, pdf, docx, and others.

There are other useful features to look into such as the option to search for and replace regular expressions, including tags. Notepad++ also allows users to save multiple files instead of saving open files one by one. Ensuring that files are edit-proof is also a handy feature for users who accidentally press wrong buttons.

Notepad++ is a great tool to personalize the Microsoft Windows experience and benefit from multiple functionalities. From adding single line comments to performing tasks automatically and deleting macros, Notepad++ offers a wide selection of features to edit texts efficiently and with ease.